The sponge erratic described here (fig.a - c) has been recognized as a specimen of Caryospongia diadema (KLÖDEN) RAUFF, 1894. It represents one of the phenotypical variations occurring within this astylospongiid species known from several earlier finds among others in the Netherlands and in northern Germany (KRUL, 1954; RAUFF, 1893-4). The chalcedonized sponge was recently found as an erratic pebble on the island of Gotland, Baltic Sea, by Mrs. H. LEIPNITZ from Uelzen, F.R.G., who considered it to represent a composite growthform of two closely intergrown individuals of C. diadema (written comm. January 1983). The assumption of the sponge being a composite form was made on account of the presence of the two stellate groove patterns seen at the upper end of the sponge fossil (fig. c). These patterns would resemble radiating canals around a central vent (spongocoel), as in composite specimens of Aulocopium aurantium OSWALD, 1850. Although the determination based on the type of skeleton and other features typical of this species appeared to be correct, the present author had doubts as to the composite nature of this sponge: The aquiferous systems of caryospongiids and aulocopiids differ considerably from one another and as a result the meridionally orientated grooves in caryospongiids are of a quite different nature to those in Aulocopium. The grooves in caryospongiids do not represent canals; they are the reflection of the internal ar rangement of canals (fig. f, g). This arrangement can be very regular and produce manifold stellate Patterns on the sponge surface. The Gotlandian example is an interesting addition to the relatively few specimens hitherto known from Europe (fig. d, e) that show the same phenomenon, as is the (as yet unreported) Syltian specimen of Carpospongia conwentzi RAUFF, 1894 with pronounced, stellately arranged superficial grooves (fig. j). Stellate patterns of grooves are also conspicious features of members of the closely related North American genus Carpomanon RAUFF, 1894 (fig. h, i, k, reproduced from RAUFF, 1894, Plate XI I, XIII). As the canals in the planes of section of the Gotlandian sponge erratic can be observed radiating from a single centre (r, radiant, in fig. f), this is indicative of the fossil being a singular individual, and not a composite one (due to low contrasts in the solidly chalcedonized interior of the fossil, this feature is poorly shown in the photographs). Caryospongiids and carpospongiids, together with the American relatives (see RAUFF, 1894, p. 310) are included in the family Astylospongiidae ZITTEL, 1877 emend. RAUFF, 1894 on the basis of both the architecture of the skeletal framework and the type of spheroclonid elements involved. Consequently, this family is placed within the lithistid suborder Sphaerocladina SCHRAMMEN , 1910. 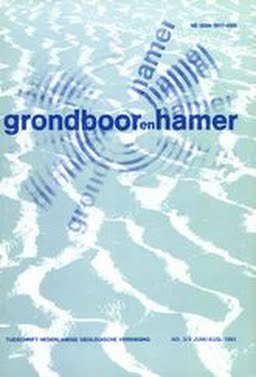