The Metabolism of Amides and Amino Acids in etiolated seedlings of Lupinus luteus L.

(1) It is well-known that etiolated seedlings of Lupinus luteus produce considerable amounts of asparagine. Many investigations demonstrated a stimulating effect of ammonia and of glucose on the amide-synthesis. In seedlings, grown on distilled water in darkness, asparagine is synthetized at the expense of protein. Moreover the etiolated seedlings have not a sufficient amount of carbohydrates for the respiration, so that the protein is an important source for these functions. The problem is, which amino acids are concerned in the asparagine synthesis and which are broken down in the respiration processes. In order to solve this problem, it was necessary to determine the total increase and decrease in the amounts of the various amino acids in the seeds and seedlings. To simplify the experimental conditions, the seedlings were cultivated on distilled water in the dark at a constant temperature. (2) 100 seeds or seedlings of 7, 14 or 21 days old were ground and suspended in 96 % alcohol. The free amino acids were extracted by 70 % alcohol and the amino acids of the proteins brought into solution by a partial hydrolysis of the proteins with 20 % HC1. (3) The HCl-extracts were purified by ion-exchange, using a cation-exchanger first and then an anion-exchanger. The alcohol-extracts were treated similarly. The purified HCl-extracts were hydrolyzed completely. During the purification the amides were split in the corresponding acids and ammonia. Asparagine and glutamine were determined by comparing the analysis of crude and of purified extracts. (4) Using paper chromatography, the amino acids, present in the extracts, were identified. The solvents, used, were a mixture of 4 vol. n-butanol, 1 vol. acetic acid and 5 vol. water or a mixture of 4 vol. m-cresol, 2 vol. phenol and 1 vol. borate buffer (pH = 8.3). (5) The quantitative determination of the amino acids was performed by use of starch chromatography on a fraction-collector, according to the method of Stein and Moore, slightly modified. A considerable increase of asparagine was observed, whereas glutamine, y-aminobutyric acid and arginine increased less strikingly. The amounts of isoleucine, phenylalanine, valine, tyrosine, proline and histidine however decreased after 14 days. The content of methionine remained practically constant. The other amino acids decreased during the whole experiment. (6) The amino-groups of asparagine and glutamine and of 3/4 of the arginine-N have been derived from aspartic acid and glutamic acid directly and by a conversion of leucine, isoleucine, phenylalanine, valine, tyrosine, proline, alanine and histidine in glutamic acid. The amide groups and 1/4 of the arginine-N may be derived from the remaining amino acids and ammonia. The carbon-chains of the amides and arginine originate from aspartic acid, glutamic acid, phenylalanine, tyrosine, otaminoadipic acid, proline, threonine, lysine and histidine. The carbon-skeletons of leucine, isoleucine, valine, alanine, serine, glycine and cystine are respired. The metabolism of the amino acids during the development of the etiolated seedlings has been discussed in detail in (30) and summarized in Fig. 9 and in Table 15, 16, 17 and 18. 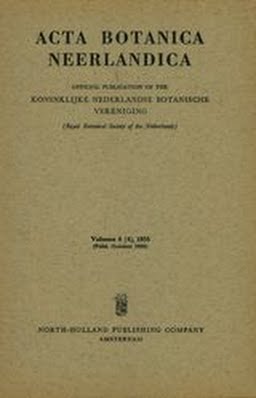