The Parasitism of Exobasidium japonicum Shir. on Azalea

1. The purpose of this investigation was to study the life cycle of Exobasidium japonicum Shir., a fungus parasitic on Azalea. The relation of this parasite to its host plant and the mode of infection were studied, as well as some control measures important to commercial growers. Attention was also paid to the question of the identity of this fungus with that described by Woronin as Exobasidium vaccinii, parasitic on Vaccinium vilis idaea. 2. For this study cultivars of the genus Rhododendron were chosen as host plants. Cultivars of Japanese origin viz. ‘Esmeralda’, ‘Galestin’ and ‘Moederkensdag’, frequently grown in Boskoop, and the cultivar ‘Hexe’, mainly grown in Ghent (Belgium), were used. Azaleas are cultivated during the greater part of the year in greenhouses at rather low temperatures, high humidity, and high moisture content of the soil. Water is frequently sprayed. The experiments were performed with rooted cuttings. 3. The first signs of attack by Exobasidium japonicum may appear even on the youngest just visible leaves of the unfolding buds. The diseased parts of the leaves are enlarged, and the blades become convex and crooked; these hypertrophic parts are called galls. In a young stage they are green, after ripening they become covered with spores, which give them a velvety appearance (Plate 1, A and B). 4. The dicaryotic, intercellular mycelium of the fungus forms basidia, which rupture the cuticle of the leaves. Each basidium bears four to five basidiospores (Fig. 1). The latter produce a great number of blastospores by budding. The tissue of the attacked parts of the leaves remains undifferentiated; both hypertrophy and hyperplasy of the mesophyll cells occurs (Fig. 2). 5. Colonies of Exobasidium japonicum were grown in pure cultures. As culture media malt and malt-saleb agar appeared to be most favourable. The fungus could also be grown in a malt solution in a shake culture. In both ways short hyphae and more or less regularly shaped, eventually fusiform cells, resembling blastospores were developed (Fig. 3). 6. The dormant buds were inoculated with basidiospores as well as with suspensions obtained from shake cultures. Simultaneously the shoots of the plants were decapitated in order to stimulate the development of the inoculated axillary buds. By this treatment the number of galls on the newly formed shoots appeared to increase considerably (Table 1). The source of the inoculum, whether basidiospores or cells from a shake culture, did not seem to influence the number of galls (Table 2). 7. The stage at which the fungus cells become dicaryotic was investigated. The basidiospores and the blastospores appeared to be uninucleate (Fig. 4 and 5). In vitro no cell fusion could be observed, neither between basidiospores nor between blastospores. Even between basidiospores and blastospores originating from one basidium, where in case of a sexual differentiation the presence of -+- and — spores could be expected, no fusion occurred (Fig. 6). The possibility, that cell fusion might take place on the surface of the leaf or after the fungus had penetrated into the leaf was also investigated. In that case at least one + and one — basidiospore, or a combination of their blastospores, would be necessary to accomplish infection. However, it appeared that blastospores originating either from a single cell out of a shake culture or from a single basidiospore were able to induce the development of galls (Table 3). Thus, it must be concluded that Exobasidium japonicum is homothallic. 8. By cross inoculations it appeared that Exobasidium japonicum did not attack Vaccinium vitis idaea, and that Azaleas were not attacked by Exobasidium vaccinii (Table 5). This difference in pathogenicity, added to a difference in colour of the colonies in vitro, are considered to be of specific importance, and for this reason Exobasidium japonicum Shir, is accepted as the valid name for the Azalea parasite. Strains of Exobasidium japonicum isolated from the Japanese Azaleas and from the cultivar ‘Hexe’, crossinoculated on the two host plants, proved to be identical in pathogenicity. (Table 4). 9. The leaves are probably susceptible to infection while still enclosed in the bud. By inoculating the leaves at different intervals after the buds began to unfold, i.e. after the tip of the shoot had been removed, it was shown that they remain susceptible until they have reached a length of 8-10 mm (Fig. 7, A-D; Plate 1, C-G and Table 6). In dormant axillary buds treated with a spore suspension, the fungus was still viable after 6 months, as after removal of the tip galls appeared on the unfolding leaves (Table 7). 10. The dormant buds should be protected by a fungicide against infection by wind-borne spores. Of the following fungicides different concentrations were assayed by adding them to a shake culture: copperoxychloride, lime sulphur, zineb and captan (Table 8). Captan strongly inhibited the growth of the mycelium at a concentration of 0.2 g/1 (Fig. 8). Buds on Azalea shoots were treated with this fungicide before, simultaneously with, and after inoculation with a spore suspension. The number of galls appeared to be most strongly reduced when the fungicide and the fungus inoculum were applied simultaneously (Table 9). 11. The similarity between the life cycle and the ecological behaviour of the genera Exobasidium and Taphrina is striking, though they are placed in quite different taxonomic groups, the Basidiomycetes and the Ascomycetes respectively. The relation of Exobasidium to the Hemibasidiomycetes is also discussed. 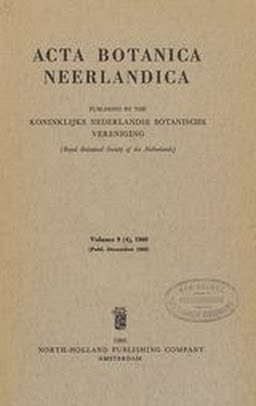