The nictitating membrane is responsible for the majority of eyelid movements in Honey-buzzards, darting across the eye with a frequency of 26-32 times per minute when undisturbed (Table 1). The membrane travels transversely across the eye in a pendulum-like movement from the upper nasal side in the direction of the lower posterior part of the eye. When covering the eye completely for a fraction of a second, both iris and pupil can be seen clearly through the membrane, indicating that the bird is still having vision. If, and how much, vision is hampered by the nictitating membrane, is unknown but some loss of visual acuity is likely (see below: asynchronous blinking during long-distance focussing). On the other hand, the movement is probably so rapid that vision may not be hampered at all. The frequency with which the membrane darts across the eye increased during strong, gusty winds (both natural and produced by the observer) and when objects were moved close toward the eye, apparently acting as a protective device. When not under stress. Honey-buzzards blinked synchronously and asynchronously with their nictitating membranes in an apparently random way. Under certain conditions, however, the birds were able to use one membrane only, for example during long- distance focussing on objects in the sky (head tilted, one eye focussed, the other one blinking) and when the vicinity of an eye was touched (resulting in very rapid blinking with the nictitating membrane of the eye concerned). The lower eyelid is frequently used during preening, head-scratching with the talons and bill-wiping after feeding. These activities may easily cause harm, either directly (damage to the eye) or indirectly during preening (dust, dead epidermal cells or down loosened and flying around). Normally, the eye is closed with the lower eyelid for very short periods only (seconds), especially when the head is tucked into the mantle, scapulars or breast, or underneath the wing. The upper eyelid is probably only used during sleep, when the head is tucked under the scapulars and the eyes are not normally visible. However, a nestling Honey- buzzard of nine days old slept with its head partly tilted and resting on the substrate in front of the body. This bird had both eyelids closed, leaving a one-mm slit halfway the eye through which the eye could be discerned. It is hypothesised that this enables the bird to notice sudden changes in light intensity (for example when a parent or predator approaches closely during daytime), not unlike the ‘peek-holes’ in the upper eyelid of potoos Nyctibiidae. Silent and quiet hand-waving within 10 cm of the eye of the sleeping nestling did not provoke a reaction. Only when the eye was completely shaded, the nestling woke up (but a reaction to a change in temperature or air movements can- not be ruled out). Keeping track of sudden changes in light intensity during daytimesleep may be particularly important in nestling Honey Buzzards, because both parents stay away from the nest for long periods during foraging, leaving the nestlings behind unprotected from an age as early as day 15 onwards. Combined closing of upper and lower eyelids was also once recorded in a preening Honey-buzzard (without slit-like opening). A particularly interesting test case of eyelid usage is presented during the excavation of hymenopteran nests. Attacks of social wasps or bumblebees did not result in the use of upper or lower eyelid. Attacks were simply counteracted by head-shaking or snatching wasps from the air with the bill, occasionally by fleeing. Eyelid use underground, where crawling workers and loose sand are potentially dangerous to the eye, could not be established yet. 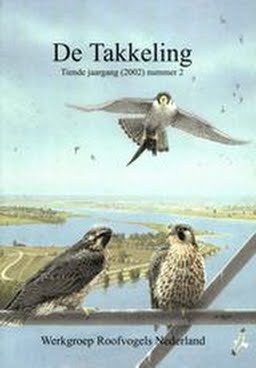