Following irruptions from June-October 1990, Common Crossbills (CC) and (since October) Parrot Crossbills (PC) were abundant in woodland in West-Drenthe during winter 1990/91. The study area totals 4466 ha, of which 64% is forested. Coniferous woodland covers the major part of all plantations (2876 ha), mainly Scots pine (1367 ha), Norway spruce (450 ha), Japanese larch (358 ha) and Douglas fir (128 ha). Sitka spruce is rather scarce (39 ha). Heavy cone crops were typical of pines, larch, firs and spruces in 1990/91. Wintering birds were mapped during December 1990 and January 1991 and breeding birds were censused during February-April 1991, using the combined version of the mapping method. In half-monthly intervals, feeding birds were located, flock size noted and tree species in which feeding took place registered. CC (n=8432) were seen feeding on Japanese larch (41.9%), Norway spruce (41.0%), Scots pine (10.2%), Douglas fir (3.5%), Sitka spruce (2.6%) and deciduous trees (mainly oak, 0.8%). Douglas fir and Sitka spruce were heavily exploited, resulting in depletion of seed stocks in mid-winter. Larch and Norway spruce were the most important food sources from the start (June) through February and March, with the birds switching gradually to Scots pine (and in April and May even to buds of deciduous trees) as larch and Norway spruce started to shed their seeds in late winter, especially after a substantial increase in temperature during 5-21 March (Fig. 1). The forest floor was covered with seed, but CC were never seen picking up fallen seeds from the ground. PC (n=168) mainly fed on cones of Scots pine (77.4%) and Corsican pine (14.9%), less so on Norway spruce (6.0%) and Douglas fir (1.8%). No seasonal trend was found in choice of feeding tree. From June 1990 onwards, CC started to increase in the study area. In mid-winter, the census revealed a minimum number of 3149 birds on 2876 ha of woodland. Mean flock size during December-January was 22.7 birds (SD=22.0, range 2-120, n=138 flocks), median flock size 15 birds. The preference for Norway spruce and Japanese larch became evident in the distribution of birds within the study area (Fig. 2). PC irrupted into the study area from 12 October 1990 onwards. The mid-winter count revealed 27 flocks with a total of 228 birds. Mean flock size was 8,4 birds (SD=8.6, range 1-38 birds), median flock size 6 birds. Their distribution was almost complementary to that of CC, because of their preference for feeding in Scots pine (Fig. 2). During the breeding bird survey, 176 territories of CC (6.1/100 of woodland) and 21 territories of PC were located. Unlike in PC, semi-colonial breeding of CC was common, especially where larch and Norway spruce were patchily distributed and small pools were available. Breeding distribution of both species did not differ much from distribution in mid-winter (compare Figs. 2 and 3), again with separate niches for CC and PC. Breeding success was extremely low. Only five CC nests (lx Japanese larch, lx Scots pine, 2x Norway spruce, lx Douglas fir) and one PC nest (Scots pine) were found. In eleven of the 176 territories of CC were fledglings recorded (2x 1, 5x 2 and 4x 3 fledglings/pair), giving a seasonal production of 0.14 young per pair. This figure may be an underestimate, but it is unlikely that many successful pairs went unrecorded. In PC, only one nest was found (Scots pine, finished on 10 March, but no eggs laid) and one pair was found with (2) fledglings. These data suggest a clear segregation in habitat choice between CC and PC (Table 1), mainly because PC is better able to prise open the robust cones of Scots pine, whereas the finer-billed CC prefers the softer cones of larch, firs and spruces. The presence of mixed coniferous woodland enables CC to switch from one tree species to another, depending on seed availability. In this respect, the very low breeding success came as a surprise. However, a late onset of laying seems to have become typical of CC in The Netherlands since 1984, the first year in which the breeding success almost totally failed because the birds delayed egg-laying and ended up deserting the nests after coniferous trees had shed their seeds. The present production of young is insufficient to replenish losses in the population. The local number of breeding birds therefore largely depends on irruptions. 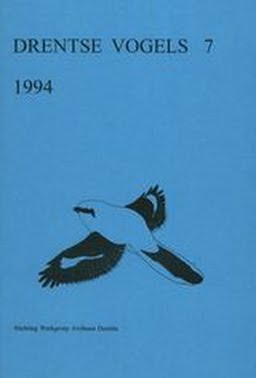