In 1964-2008 every year the breeding population of most bird species in the National Park Dwingelderveld (3700 ha) was censused. Dwingelderveld (N 52°48T8”; E 6°23’24”) is an important bird area in the Northern part of the Netherlands. The study was focussed on 1380 ha of heathland with large areas of. Ericetum, Genisto-Callunetum, many fens and various scrub and woodland habitats. In the National Park 170 breeding species were found with annually approximately a total 0f20.000 pairs. The population on heathers consists of 134 species and up to 4500 pairs, with dominant species as Black-headed Gull, Eurasian Skylark, Tree Pipit, Mallard and Yellowhammer (Table 1). Since the start of the study e.g. Black Grouse, Black-tailed Godwit, Ruff and Black Tern disappeared as breeding birds and Northern Lapwing, Eurasian Curlew, Northern Wheatear and Common Linnet suffered huge losses. Increasing populations were found in Meadow Pipit, Common Reed Bunting, European Stonechat, Woodlark and Little Grebe (Fig. 3,4). To evaluate the impact of changes in land use and management, population changes of breeding birds were compared to water management, agricultural land use in surrounding areas and management of heath through sod cutting, mowing, burning, grazing (sheep and cattle) and cutting of trees and scrub (Fig. 1, 6). Draining of heathers was reversed since the eighties, resulting in increasing populations of breeding waterfowl (Fig. 5). Intensification of agriculture in the surrounding area, decreasing the quality of foraging area for some heath breeding species, is believed to be the main factor of the declining and even disappearing populations of Black-tailed Godwit, Ruff, Eurasian Curlew, Black Grouse, Grey Partridge and Black-headed Gull (Fig. 2). Sod cutting, mowing, burning and grazing of heathers in general resulted in diversifying vegetation and increasing populations of Eurasian Skylark, Meadow Pipit and European Stonechat. Local growing and elsewhere cutting of trees and scrub resulted in a more or less stable population ofTree Pipit. The same was expected in Common Linnet (but declining), Woodlark and Yellowhammer (increasing). The trend of 68% of the regular breeding species in Dwingelderveld equals the national trend. In nine heath species (mainly waterbirds) the trend in Dwingelderveld was more positive than the national trend and the opposite is true for 5 species. 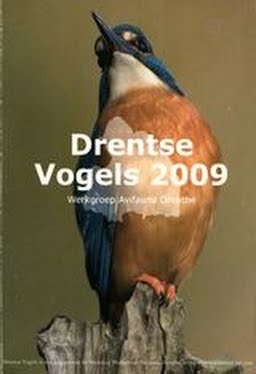