The Genus Praravinia Korth. (Rubiaceae) in Borneo and Celebes

The genus Praravinia was created by Korthals (in Temminck, Verhand. Nat. Gesch. Ned. Overz. Bezitt., Bot., p. 189, tab. 41, 1839-1842) for a plant which he had collected in the south-eastern part of Borneo. He described it as similar in habit and doubtless nearly related to Urophyllum Wall. His diagnosis of the genus, however, does not substantiate this point of view, for it contains two statements which seem to exclude the possibility of a near affinity: the aestivation of the corolla lobes is described as imbricate, whereas in Urophyllum and its allies it is always valvate, and the number of corolla lobes is said to be half as large as that of the stamens, a condition unknown not only in Urophyllum but in the whole family. As in the description of the species the aestivation is correctly set down as valvate, the first statement need not trouble us: the word “imbricate” in the generic diagnosis is obviously a slip of the pen. The other statement, however, is repeated in the description of the species, but it strikes one as anomalous that immediately afterwards the 8—12 stamens are said to alternate with the corolla lobes, as this of course would be impossible when the latter were but half as numerous as the first. The discrepancy between the number of the corolla lobes and of the stamens led Miquel in his “Flora Indiae Batavae II, p. 225 (1857)” to consider Praravinia as a quite singular genus, rather out of place in the family Rubiaceae: it reminded him, he says, of the Samydeae (Flacourtiaceae). When he wrote this, he knew the genus merely from the description given by Korthals, but afterwards he found an opportunity to study the latter’s material. In his “De quibusdam Rubiaceis, Apocyneis et Asclepiadeis r” (Ann. Mus. Bot. Lugd.-Bat. IV, p. 136, 1869) he proposes, as a result of this investigation, to exclude the genus from the Rubiaceae, and to raise it to family rank. The new family, for which he introduces the name Metrocladeaceae, should be regarded, however, as nearly related to the Rubiaceae. The description of the genus given by Miquel is much more detailed than the original one, but it unfortunately repeats its principal errors: the corolla is described as 4- to 6-merous, and its aestivation as imbricate. The male flower dissected by him is preserved in the Utrecht Herbarium; it is a fairly young bud, opened by a longitudinal slit. The corolla lobes had apparently been separated by a slight pressure, but I at once got the impression that it had been insufficient to effect a complete separation, and that the lobes were still cohering in pairs. I have boiled the flower therefore once more, and by exercising in my turn a slight pressure I succeeded in setting all the lobes free. Since then I have seen mature flowers of this and other species in which the isomery of corolla and androecium was unmistakable. Miquel’s speculations on the taxonomic position of the genus were based therefore on a false supposition, and need no further consideration; the analysis carried out below will show that Korthals was quite right when he placed Praravinia in the neighbourhood of Urophyllum. 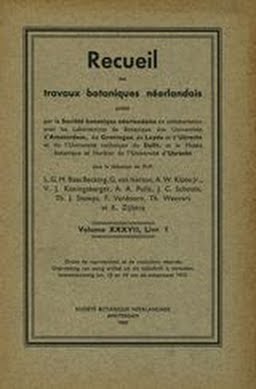