T. annulata either increases or reduces the exposed surface of its body to the sun by orienting at various angles with respect to both the sun rays and the horizontal plane. Since the abdomen-raised position is observed in both sexes and is also adopted far from the reproductive habitat, it is probably not used as a territorial display but only as a means to warm up or cool the body temperature. The ability of thermoregulating by a wide variety of positions probably accounts for the long diurnal activity period in the population observed. Several libellulid species regulate internal temperature by varying the postural angle of their bodies relative to the sun’s rays. In the warmer period of the day, some point the abdomen toward the sun, and by so doing they expose to the sunlight a minimal surface, this position being known as the "obelisk position” (e.g. ANSELIN, 1986; CORBET, 1962; EDA, 1983; GONZALEZ SORIANO, 1987; HEINRICH & CASEY, 1978; JACOBS, 1955; KITAWAKI, 1973; MAY, 1977, 1978; MIYAKAWA, 1965; NEEDHAM & WESTFALL, 1955; TSUBAKI, 1986). The abdomen raised position may alternatively be adopted to increase the body surface exposed to the sun (ROWE & WINTERBOURN, 1981). Some other species apparently do not markedly raise their body above the horizontal, and they either increase or diminish the body surface exposed to the sun by varying the body angle below the horizontal (e.g. HEINRICH & CASEY, 1978). The abdomen raised position is also reported for some gomphids (CORBET, 1962; TESTARD, 1975; AIDA, 1974) and zygopterans (Calopterygidae, HEYMER, 1972; Euphaeidae, HEYMER, 1975). We have observed it in a number of species, including Sympetrum meridionale, Diplacodes trivialis. Celithemis eponina, Brachymesia gravida and Erythrodiplax minuscula. In Aphylla williamsoni and Onychogomphus forcipatus unguiculatus, the abdomen may be also raised, but apparently not to the extent of the libellulid species (unpublished). The obelisk position is generally believed to have a thermoregulatory function, although JOHNSON (1962) has shown that by this position the males of Pachydiplax longipennis keep control of their territories and HEYMER (1975) and PRASAD & GHOSH (1982) for various species, including Trithemis annulata, maintain the same.HEYMER (1975) explicitly doubts that the obelisk position may have a thermoregulatory function. MAY (1977), with reference to Micrathyria suggests both functions. 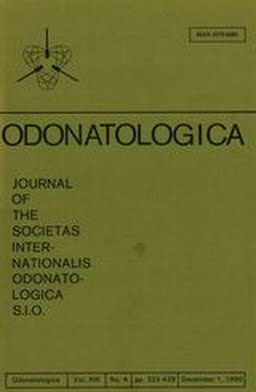