On the taxonomy of some Recent European marine species of the genus Cingula s.l. (Gastropoda: Prosobranchia)

Van Aartsen & Verduin (1978, 1982) have already tried to unravel problems with regard to the true identity of Cingula (Setia) fusca Philippi, 1841, C. (S.) turriculata (Monterosato, 1884), C. (S.) inflata (Monterosato, 1884), C. (S.) macilenta (Monterosato, 1880), and C. (S.) concinnata (Jeffreys, 1883). It is the intention of this paper to treat problems regarding the identity of a number of additional European taxa of which the shells show a superficial resemblance to those of C. pulcherrima (Jeffreys, 1848), the type species of the subgenus Setia H. & A. Adams, 1852, of the genus Cingula Fleming, 1818, s.l. Though most of the relevant species have been discussed, no attempt has been made for completeness. Thus, the paper has the character of an interim report. Because I do not have the skill nor the material for investigating soft parts and radulae, only shells have been examined. On the species-level I do not consider this an important drawback. On that level shells still are the main source of our taxonomical knowledge, not only because they usually carry important characters, but also because they may be easily examined in large numbers often from different localities, and, last but not least, because they usually were the sole object of the original diagnoses. From a phylogenetical and nomenclatorial point of view, however, the absence of information concerning soft parts and radulae is a serious drawback; without such information it does not seem possible to arrive at a well founded generic and subgeneric subdivision of Cingula s.l., nor does it seem possible to sharply delimit Cingula s.l. from Alvania Risso, 1826, s.l. Moreover, one cannot decide with reasonable certainty from shells alone whether a species belongs to Cingula s.l. or to the subgenus Coriandria Tomlin, 1917 (type species Rissoa cossurae Calcara, 1841), of the genus Eatonina Thiele, 1912, though both taxa are quite different anatomically (Ponder & Yoo, 1980: 2, 5). 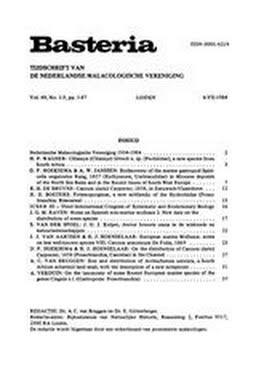