Bijlsma R.G. 2013. Food and foraging behaviour of Wood Warblers Phylloscopus sibilatrix in The Netherlands. Drentse Vogels 27: . Wood Warblers are long-distance migrants, that arrive too late on the breeding grounds to fully profit from the peak in caterpillar abundance in pedunculate oak Quercus robur, the main breeding habitat in western Europe. The advance in spring temperatures since the early 1990s widened the mismatch between caterpillar availability and breeding phenology of Wood Warblers, as caterpillar phenology advanced more strongly than Wood Warbler phenology. A mismatch, and especially a widening mismatch, is often posed as a significant problem per se for long-distance migrants. However, little is known about the Wood Warbler’s food (and most food studies date back a long time) which raises the question: are caterpillars important anyway, and if so, throughout the breeding period or partly so? This study describes the food of breeding Wood Warblers in Drenthe in 2013. Wood Warbler nests were located in Drenthe (northern Netherlands) and Planken Wambuis (Veluwe, central Netherlands), both sites typified by mixed woodland. In 2013, most Wood Warblers nested in habitats with a high proportion of pedunculate oak Quercus robur, although pure oak stands were avoided (a trend that has become more evident in the past decade: mixed deciduous-coniferous stands being preferred nowadays). Wood Warbler arrival on the breeding grounds was relatively late in 2013, on average 27 April (based on first three arrivals; median arrival date of 20 males was 2 May), in the wake of a cold spring and a delayed phenology. Eleven first clutches were on average started on 31 May (SD=3.7), and five repeat layings were initiated after failure of the first attempt (last onset of laying was 2 July). Clutch size was 1x 3, 2x 4, 2x 5, 8x 6 and 2x 7 eggs; the entire nestling period (chicks in nest) covered 28 May through 28 July. Food was studied by observing foraging adults (7.00-17.00 h, 97% of 193 prey captures recorded between 11 June and 30 July, 20 individuals followed on average 162 sec per individual (SD-142, range 60-680 sec), with three others for 1080, 3600 and 6840 sec. Foraging methods were recorded in a standardized way as pecking, reaching (jumping), fluttering (jump-flight), hovering, sallying and pouncing, with substrates identified as trunk, branch, twig, leaf, air and ground. Apart from observing foraging birds, diets were also recorded via observations of food-transporting adults at four nests, prey loads taken from adults captured at the nest (4x male and 4x female) and contents of faecal sacs (N=5). Together, these methods produced 338 preys, of which 69% were identified to species or family. Of 193 foraging birds, 63.7% were found in Quercus robur, 30.0% in mixed Quercus/Betula, 3.1% in Betula and 1.6% in Pinus sylvestris. However, as few birds were followed upon arrival and during the egg stage, habitat use might be different in the early part of the breeding cycle (with a higher proportion of birds foraging in Betula, possibly targeting aphids). Tree phenology was found to differ extensively between years (on average in 2007-13, Betula was fully leafed by 24 April, as compared to Quercus robur by 7 May) and between tree species (in 2013, for example, Larix and Sorbus were fully leafed by 1 May, Quercus robur only by 16 May; see Appendix 3 for phenology of leaf development in ten tree species). Duration of leafing, as expressed from bud to fully leafed, also varied strongly between years, extremes for Quercus robur in 2007-2013 being 10 days in 2011 and 24 days in 2012. However, differences between tree species were consistent over the years, with Betula always in advance of Quercus robur. Also, tree species were similarly affected by changes in spring temperatures, with warm spring resulting in early leafing, and vice versa. With regards to 2013, the year that diet was studied in Wood Warblers, spring, and hence tree phenology, was relatively late, and caterpillar abundance very much reduced. During June and July, Wood Warblers foraged mainly in the upper part of deciduous trees, and were never recorded foraging below 30% of relative tree height. Their main method of foraging consisted of gleaning insects from leaves by reaching (43% of 156 identified attempts) and jump-flights (31%), less often by pecking (20%), sallies (6%) and hovering (once). Most prey items were captured on leaves (90% of 193 feeding sites identified), followed by twigs (5%), air (5%) and branches (<1%). Combining all methods of prey identification, caterpillars consisted of 40% of all identified prey (but 31.4% of preys remained unidentified, and these were likely mostly non-caterpillars). The proportion of caterpillars in the diet declined steeply in the latter part of the nestling period (July), but sample sizes were small. Wood Warblers captured – apart from caterpillars - a wide variety of insects and spiders, especially moths, flies (including Tipulidae, Tabanidae and Syrphidae), Hymenoptera and spiders. This diverse diet (as also recorded in the literature) alone makes it unlikely that a (growing) mismatch between caterpillar abundance and breeding phenology has any fitness consequences. Also, provisioning rates as recorded in this study (17-76 feeding bouts per hour, depending on chick age and chick number) are similar to those recorded in Germany and Sweden in various periods in the 20th century (admittedly: no data on nutritional value of prey loads available). In fact, despite the a priori assumption that a mismatch spells doom for long-distance migrants, most Wood Warbler trends are more or less stable in the long run (i.e. time series longer than 20-25 years), despite significant interannual fluctuations. Some populations inhabiting pure oak habitats do show declines (for example, Britain), but at least in The Netherlands this habitat type is increasingly deserted whereas breeding in mixed woodland is increasing (where numbers are stable and dependence upon caterpillars is rather small; the latter based on data from 2013 only). 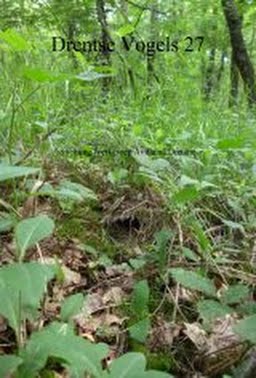